On August 31st Carbice opened the doors to its new 23,000 square foot global facility in the Historic West End neighborhood of Atlanta. A 50-foot mural curated by famed Atlanta artist, Fabian Williams, was also unveiled as a dedication to the American Culture of Innovation and to inspire young scientific pioneers of the future.

The launch event was attended by Atlanta’s most distinguished personalities who support Carbice including Lieutenant Governor of Georgia – Geoff Duncan, President of the Georgia Institute of Technology – Dr. Ángel Cabrera (and self-appointed President of the Dr. Bara Cola Fan Club), Mayor of Atlanta – Andre Dickens (who appeared by video), and Dr. Brian Blake, President of Georgia State University (in audience). Dr. Kirk Johnson, Director of the Smithsonian’s National Museum of Natural History and one of today’s most important curators of natural history was also in attendance.

Following an introduction by Hal Lasky, COO of Carbice, Lieutenant Governor Geoff Duncan, whose mission is to turn the State of Georgia into a global innovation hub, stood to address the crowd about the importance and significance of Carbice business operations in Atlanta, tweeting after the event, "Was thrilled to join Carbice for the grand opening of their ATL headquarters yesterday. A prime example of how Georgia can truly be the Tech Capital of the East Coast. Baratunde Cola & his team spent years working to commercialize their tech and we’re proud that they call Georgia home." 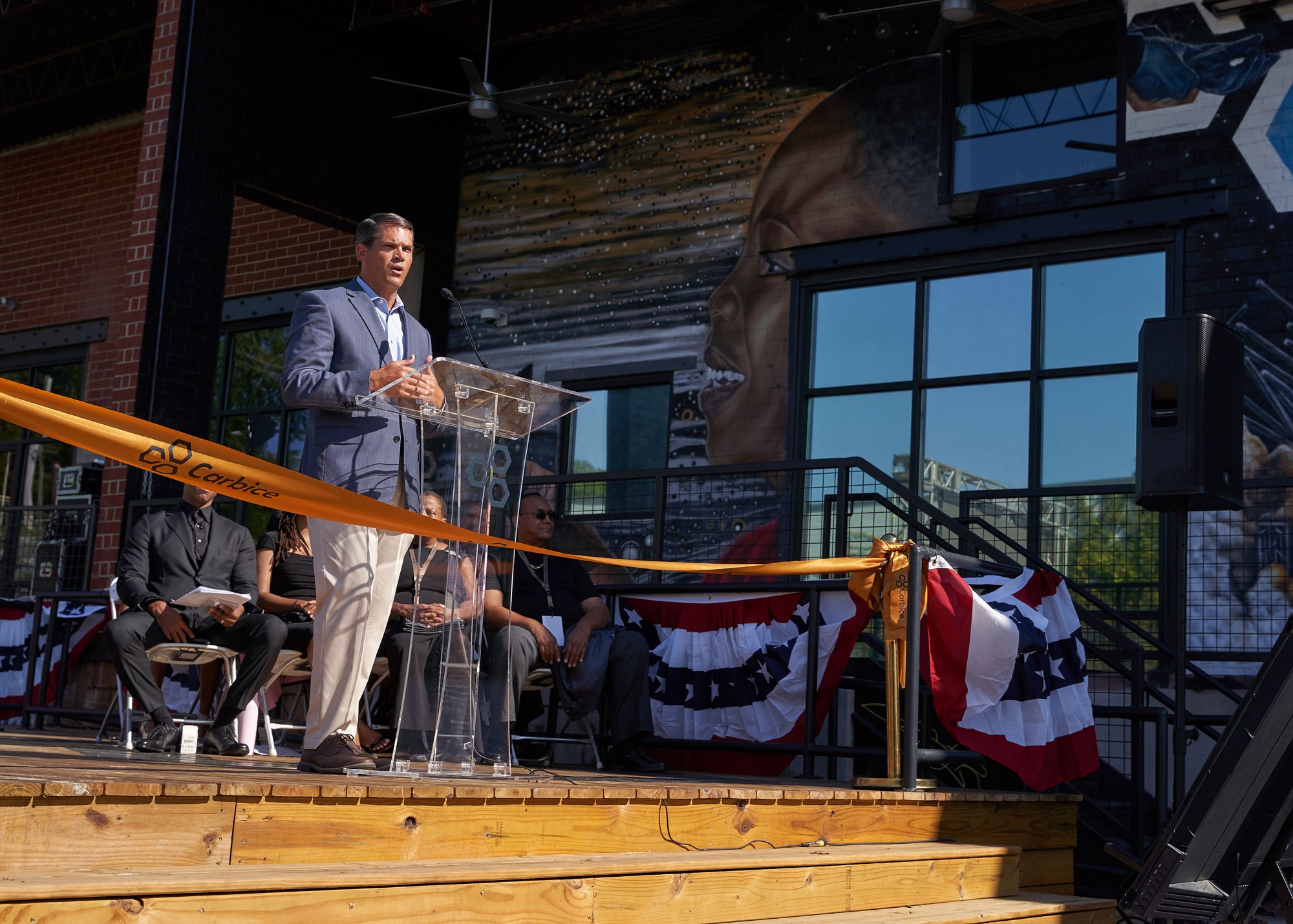 [Carbice is] a prime example of how Georgia can truly be the Tech Capital of the East Coast.

Friend, mentor and supporter of Carbice CEO, Dr. Baratunde Cola, President of Georgia Tech, Dr. Ángel Cabrera, introduced Bara to the stage with a reminder of his deep-rooted ties to the world leading university, "Several years ago, a professor, a recent Ph.D. graduate, and an undergraduate student—that’s Bara, Craig Green (Carbice CTO), and Leo Prinzi (Carbice Product Director)—collaborated on a project. I love this story because it’s a perfect picture of what technological innovation should look like: faculty and student collaboration, entrepreneurship and commercialization, Tech Square incubators, and connections with Atlanta’s innovation ecosystem."

Concluding the speeches was Dr. Bara Cola, Carbice’s inspirational CEO and founder. Understanding that seeing is believing, Bara presented something that he carries around everywhere in his pocket — the very first growth of Carbice Nanotubes that has travelled 300,000 miles around the world since its creation in March 2011. With this and the dedicated Carbice team, Bara had the confidence to build Carbice into a multibillion dollar manufacturing company that is adding value to customers every day. Near the end of his speech Bara said, “As we continue to grow, this facility is sized to capture about three hundred million dollars per year in revenue. It will bring significant economic impact to this West End community, The City of Atlanta, and the State of Georgia. It will allow us to employ and train the next generation of technicians, engineers, and entrepreneurs from this community. It is also the blueprint to replicate and scale our production in other communities. This facility represents a significant value inflection in the Carbice journey.”

[This facility] will bring significant economic impact to this West End community, The City of Atlanta, and the State of Georgia. It will allow us to employ and train the next generation of technicians, engineers, and entrepreneurs from this community.

After a gold ribbon was cut by dignitaries, Carbice leadership, investors, and Bara’s family, to officially open the new facility, the crowd of about 140 guest, including key Carbice customers, was surprised and excited by the Benjamin E. Mays High School Band Drum Line marching in along the West Side Beltline trail that runs behind the Carbice facility, to play for the event. Also in attendance was the Principal and STEM Coordinator at the H.J. Russell Middle School, which is across the street from Carbice. A proportion of the profits from Carbice® Space Pad sales to the Aerospace and Defense industry go to supporting local STEM activities at Atlanta Public Schools. 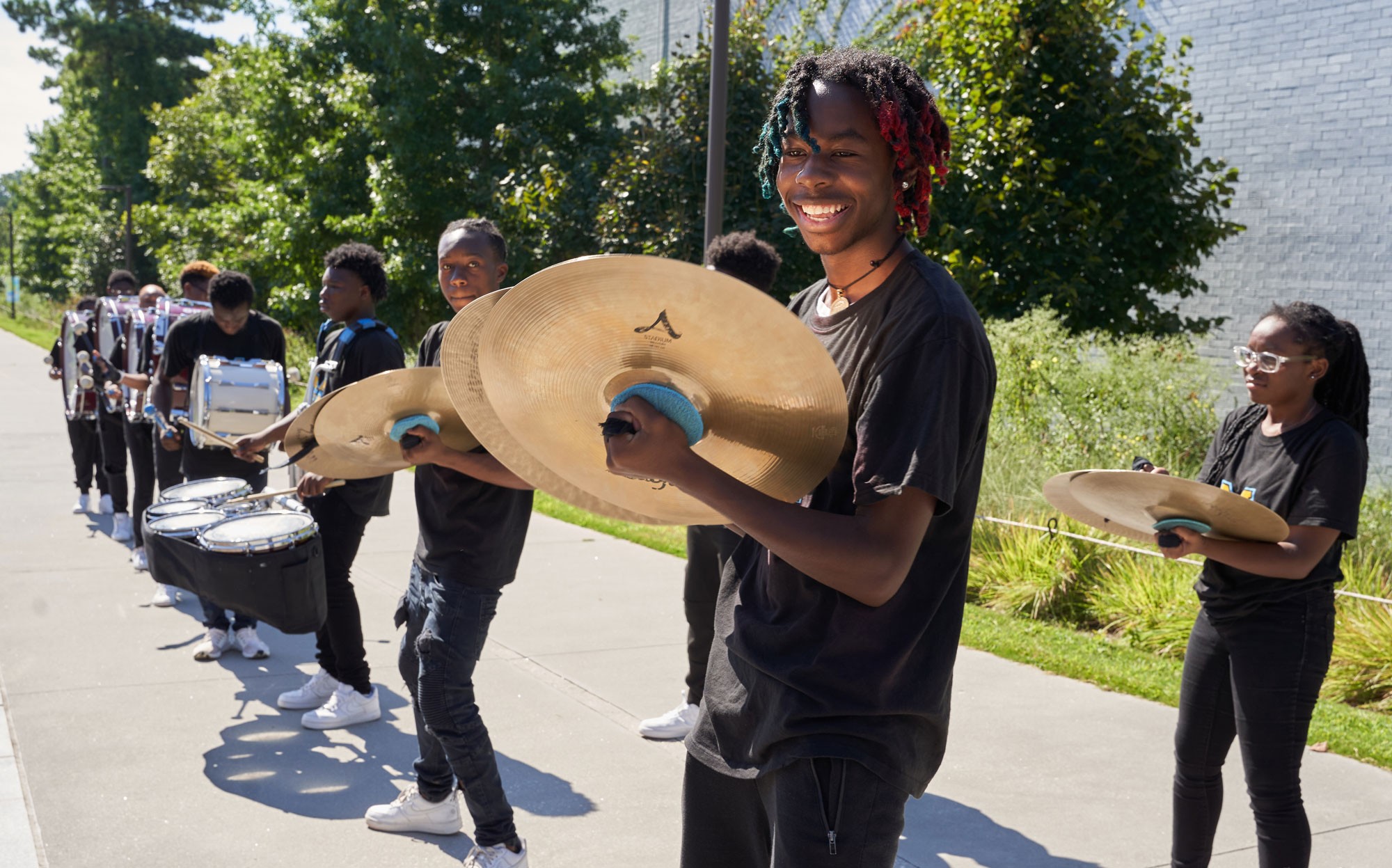 Members of the Benjamin E. Mays High School Band Drum Line perform on the West Side Beltine at the conclusion of the ribbon cutting.

Seeing the full scope of the Carbice Magic, guests were given a tour of the manufacturing facility and Carbice Lab, (featuring demos like Carbice® SIM) followed by a Jazz-quartet lunch catered by Heirloom Market BBQ with additional items from ASW Distillery, Mokipops, and local breweries in the Lee + White complex where Carbice is housed. In the afternoon, Carbice CTO Dr. Craig Green gave a lively presentation on disruptive market adoptions of Carbice Nanotubes, to kick off a poster competition, giving regional engineering students, and the future engineering leaders, the chance to interface with current industry leaders and win a cash prize for their work. Several customers of Carbice from leading companies in the Aerospace and Defense industry attended the events.

Carbice opens the door on its next chapter galvanized by the support of its community, customers, dignitaries and investors, so we all can achieve more together. 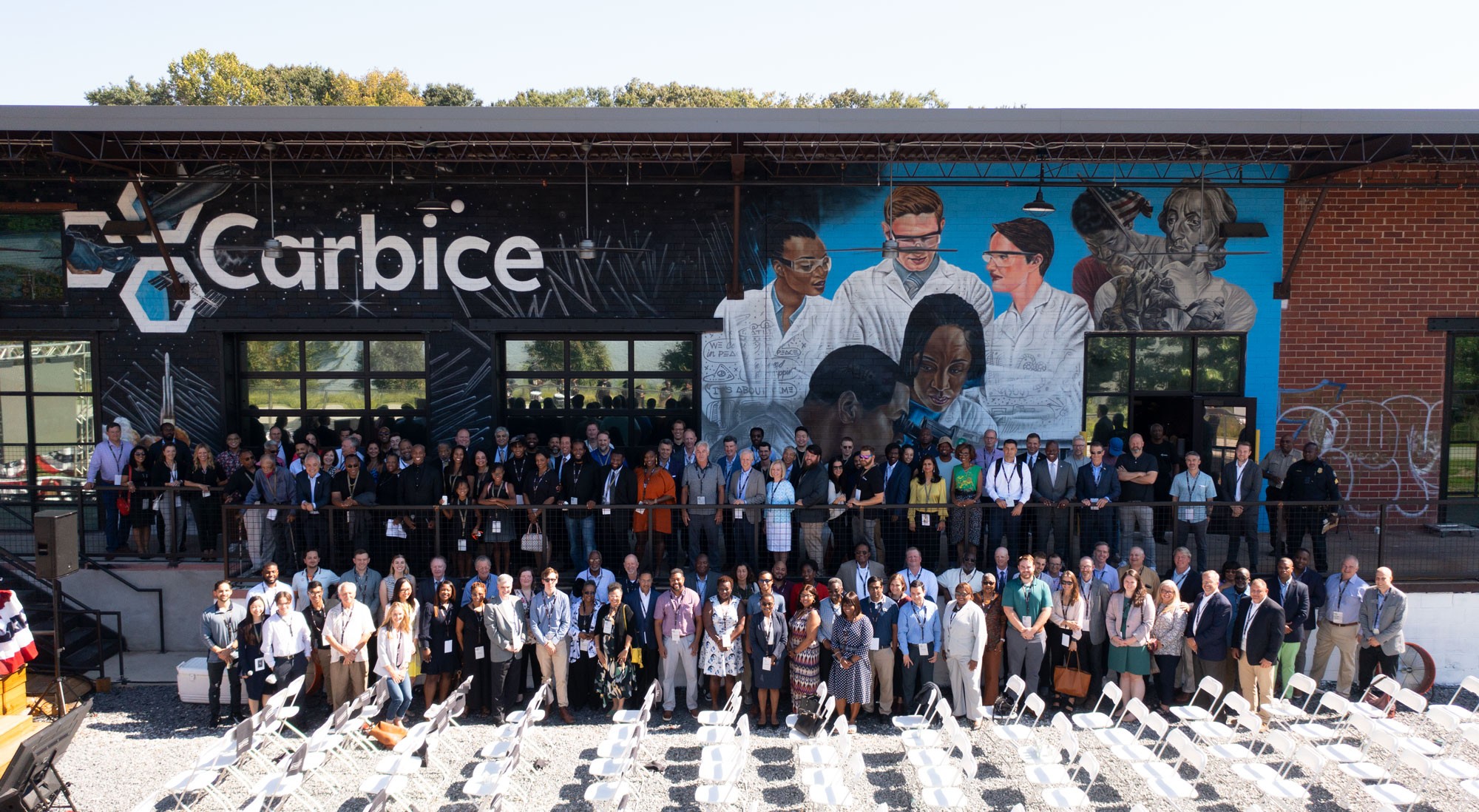 Find out more about Carbice here.

Carbice Corporation produces multi-functional material solutions from Carbice® Nanotube Technology that set the standard for performance, reliability, and low-cost assembly within the world’s most important electronic, energy, and industrial products. Our industry-leading thermal interface materials (TIMs) are easy to select and buy because our first-of-a-kind, real-application predictive modeling tool Carbice® SIM allows our customers to know what to expect up front with confidence. Carbice was founded in 2011 by Baratunde Cola to commercialize carbon nanotube-based thermal interface materials. Carbice headquarters and manufacturing is in Atlanta, Georgia with representatives in London, Toulouse and Silicon Valley. The mission of Carbice is to enable pioneers in every industry with a new no-compromise solution that dramatically changes the thermal design process making the impossible possible.

SHARE
Additional Reading
Nanotechnology startup opens facility in Atlanta’s West End
The largest maker of nanotube technology in the world is relocating production of its tiny electronics to the West End, an area that is steadily becoming one of the Atlanta’s innovation attractions.
READ
Novel TIM coming to automotive & power electronics
Carbon nanotubes (CNTs) have been used for everything from inks for printed electronics, to 3-D-printed metamaterial, to photovoltaic solar panels. Carbice is expanding into more commercial markets and introducing a new approach to the thermal design process via its Carbice Lab capability.
READ